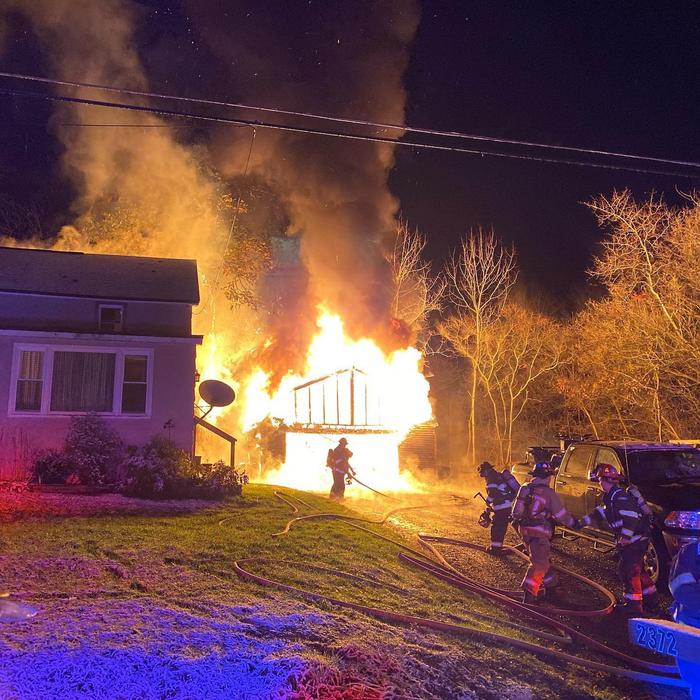 On November 7th 2019 while on a fire alarm activation Baldwisnville was activated to respond to the Warners Memphis Fire District for a reported fully involved unattached garage fire. Inital reports from the caller stated that the whole garage was gone. Baldwinsville E-7 cleard the current alarm they were on and immediatly responded to the garage fire. E-7 was being driven by FF Kevin Cope and under the direction of Captain Cantello with a full interior crew of Firefighters Farren, Hansel, Currier, and Majerus. E-7 crew arrived and assisted on scene with checking for fire extension to the residence as well as assisting with extingusihment, overhaul, and cleanup efforts. 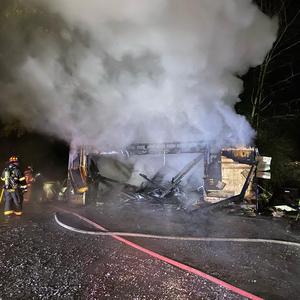